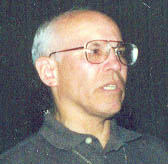 
She sees a little bit of her late husband in their son Brian, who, like his father, keeps a carefully written record of his gasoline mileage. She is reminded of the family patriarch when any of their four grown children tells a goofy joke.


"My husband was known for his corny jokes, and once in a while the kids will come up with something silly," Conde said. "It's the little things. Every so often something will make us all say, 'Gee, that's what daddy would have said,' or 'That's just like daddy.' "


Her 18-month-old grandson, named Albert Joseph after his grandfather, giggles in the background as she recalls her husband's memorable sense of humor, his faith as a devout Roman Catholic and how proud he would be of his children.


"We still think of him and everything," said Conde. When people ask her how long she was married to Albert, Conde includes the last five years.


"We're trying to move on," Diane Conde said. "It does get easier, but we still miss him."