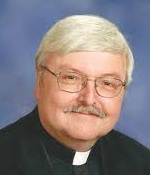 October is called the month of the Rosary. We even have a memorial for Our Lady of the Rosary on Oct. 7, to commemorate the Christian victory over Muslim forces at Lepanto in the Mediterranean, a victory attributed to Pope Pius V and his call for all of Europe to invoke our Lady on behalf of Christian forces. The Rosary also figured strongly in the apparition of Fatima, which celebrated its 100 anniversary on Oct 13 just a few days ago.

But what exactly is the Rosary? Latin for “crown of roses”, it is one of the best-known and least understood of devotions. Used by the Catholic Church (although there are also devotees in the Eastern Orthodox Churches and even some Anglican and Lutheran ecclesial communities), there are many who view praying the Rosary as contrary to Jesus’ injunction against the “repetitive babbling like the pagans” of Matthew chapter 6 verse 7. Also, some see it as placing Mary above Jesus (the “Mary worship” of which Catholic are often accused).

I think that it might be helpful it we take a look at those mysteries. If you look at the mysteries (which was 15, now 20, and I’ll talk more about that shortly), we find that they describe events in the life of Jesus and Mary. The events in the life of Jesus: his birth, childhood, public ministry, suffering and death, Resurrection, Ascension and sending of the Holy Spirit. Makes sense, doesn’t it? But they also depict events in the life of Mary: the Annunciation by the angel Gabriel, the Visitation, her and Joseph first presenting the infant and then finding the 12-year old Jesus in the Temple, her Assumption and Crowning as the Queen of Heaven. Why would they be included? It is to highlight that, just as none of those events take place independent of the workings of God, no devotion to our Blessed Mother should exclude recognition of those same workings of God, particularly through her Son.

That helps to give perspective to the value that the Rosary has for us as Christians: in reflecting upon these events in the life of Mary and her Son we draw ourselves closer to God. But what about the repetition charge? Might our Protestant brothers and sisters have a point? For the answer to that, let’s take a BRIEF look at its history.

St. Dominic de Guzman, the founder of the Order of Preachers (commonly called the Dominicans) is the saint to whom Our Lady appeared and gave the devotion of the Holy Rosary in 1214 to assist him in combating the Albigensian heresy. It was the belief that there were two equally powerful forces represented by God and the Evil One: light and dark, the soul and the body, the next life and this life, peace and war. Its followers also believed that Jesus only seemed to have a human body. It was a movement that threatened to tear the Church apart in the 13th Century. As Dominic was working without success to convert souls back to the one true faith, Our Lady gave him a powerful weapon, the Angelic Salutation [the Angel Gabriel’s greeting to the Virgin Mary at the Incarnation], and the pattern in which it should be prayed.

If Dominic would preach her rosary and its meditations on the life of Christ, many souls would be converted from their error and saved through her intercession. The Blessed Virgin said to him: “Wonder not that you have obtained so little fruit by your labors, you have spent them on barren soil, not yet watered with the dew of Divine grace. When God willed to renew the face of the earth, He began by sending down on it the fertilizing rain of the Angelic Salutation. Therefore preach my Psalter composed of 150 Angelic Salutations and 15 Our Fathers, and you will obtain an abundant harvest.”

As Dominic preached using this devotion, it began to enter deeply into the life of the people. With three Rosaries of 50 prayers, patterned after the 150 Psalms prayed by the monks during the Divine Office, the Liturgy of the Hours, the largely illiterate common-folk were able to participate in their way to give glory to God. Slowly, through the preaching of the Dominicans and gathering appeal of the Rosary, more people began to come back to true practice of the faith. The Rosary was officially adopted as a devotion of the universal Church In 1569 by Pope Pius V (who was a Dominican and is the reason that popes wear white cassocks) and remained largely unchanged from the 16th through the 21st Centuries.

In praying the Rosary, it is meant to be repetitive, but NOT for its own sake. When we quietly and deliberately pray the well-known prayers of the Our Father and the Haily Marys, we are called to put aside our concerns. In prayer, we are challenged to calm the passions, to focus the will, and free the intellect to reflect on the Mystery and its place in the economy of salvation. We replace the anxieties that we experience with a reflection on the Mystery that we pray. Following the pattern of the Spiritual Exercises of St. Ignatius, we place ourselves in the scene, observe the actors, share in their experience and what they are trying to teach us. Obviously, and especially in today’s world, there are extraordinary challenges to this kind of exercise and the ability to remain focused. I find that when I’m distracted during prayer of the Rosary, it helps to take a moment and become more mindful of my surroundings and my day, including activities that, although accomplishing my agenda, may not be accomplishing what God wants me to do. Then, finding them, I ask for His help on how to overcome and properly order those things. If worse comes to worse and I find myself falling asleep while praying the Rosary, I’m reminded of the words of that great English philosopher, Sir Michael Phillip Jagger: “you can’t always get what you want but, if you try sometimes, you get what you need!” An inability to stay conscious and focused on the prayer may be an indication that I need to put aside the concerns for the day and take some rest instead – don’t worry, they’ll still be there tomorrow!

For centuries the Rosary was three sets of Mysteries: the Joyful, the Sorrowful and the Glorious. In 2002, Pope St. John Paul II added the Luminous Mysteries (the Mysteries of Light). Although doing so put an end to the connection between the Rosary and the Church’s prayer in the Liturgy of the Hours, it added a new dimension to the devotion: a connection to the Sacraments of the Church. All seven Sacraments of the Church are included in the Luminous Mysteries, drawn from the life of Christ in his public ministry:

1st Mystery – Jesus’ Baptism in the Jordan: Baptism, the means by which the Lord of life, although sinless himself, made available as the gateway to free us from sin and open to us the other ways to receive grace.

2nd Mystery – The Miracle at the Wedding in Cana: Marriage and its elevation to a sacrament by the miraculous action of our Lord.

3rd Mystery – Jesus Announces the Coming of the Kingdom: the sacraments of healing, Confession and Anointing of the Sick, in bringing God’s mercy together through the Good News in the coming of that Kingdom.

4th Mystery – the Transfiguration: Confirmation and Holy Orders. As Jesus invited his closest friends to witness his glory in preparation for his suffering, so he invites us through the sacraments that transfigure us, giving to us in the completion of our intiation into the Catholic faith the permanent seal of the Holy Spirit, imparts His gifts in Confirmation and the call to become as much like Christ as they can to those individuals called to the sacrament of Holy Orders.

As Cursillistas, the Rosary is an important part of our work in evangelization. To quote from the Manual of Cursillo in the section “Doctrinal Foundations of Cursillo”:

The Guide of the Director in the Manual of Leaders shows the director of the Cursillo reminding and offering to the candidates to pray the Rosary on the first night. It is recommended that it be repeated at the examination of conscience every night, as well as at morning prayers. In addition, regarding the place of the Virgin Mary within the Cursillo, we must point out that there is no Talk exclusively dedicated to her, although we must admit that all the Cursillo is impregnated with filial devotion to Mary, together with allusions to Mary in many instances and to practices of Marian piety. The fact that a talk is not exclusively dedicated to her is not an impediment to positioning her to a rightful place within theology and the History of Salvation, as well as in the heart of the “cursillista”.

During the Cursillo weekend, the Rosary is prayed, insisting on the role of Mary as Mother of the divine Grace. In the the Pilgrims’ Guide, the Holy Rosary and the Sabbatical Prayers are included, as well as the Angelus and the Memorare (the great prayer of Saint Bernard). In the Talk on Life in Grace Mary is presented as the mediatrix of all graces and her spiritual maternity will be emphasised. It is very significant that the first page of the Pilgrim’s Guide quotes Mary in its definition of what going on pilgrimage is about. It states: To be a pilgrim is to walk through Christ towards the Father, on the impulses of the Holy Spirit, with the help of Mary and all the saints, journeying with fellow pilgrims.

We must therefore conclude that Mary occupies a very important place for the participants in Cursillo and for all us in our Fourth Day. Our Movement, literally born and placed in her lap through her Son, continues to be supported and celebrated by devotions and profound love are lavished on Mary, of which the Rosary is first. Through the Rosary, we are called to be mindful, not only of her, but also to her Son, to which all devotions should ultimately lead.

In this way, we keep ourselves aware of the great love of Mother and Son for each other and for the world. We can reflect upon and echo in our lives the words of Servant of God, Archbishop Fulton Sheen, who said, "The Rosary is the book where souls see and there enact the greatest drama of love the world has ever known."

St. Domenic patron of the Rosary and St. Paul, patron of Cursillo, pray for us. ¡De Colores!